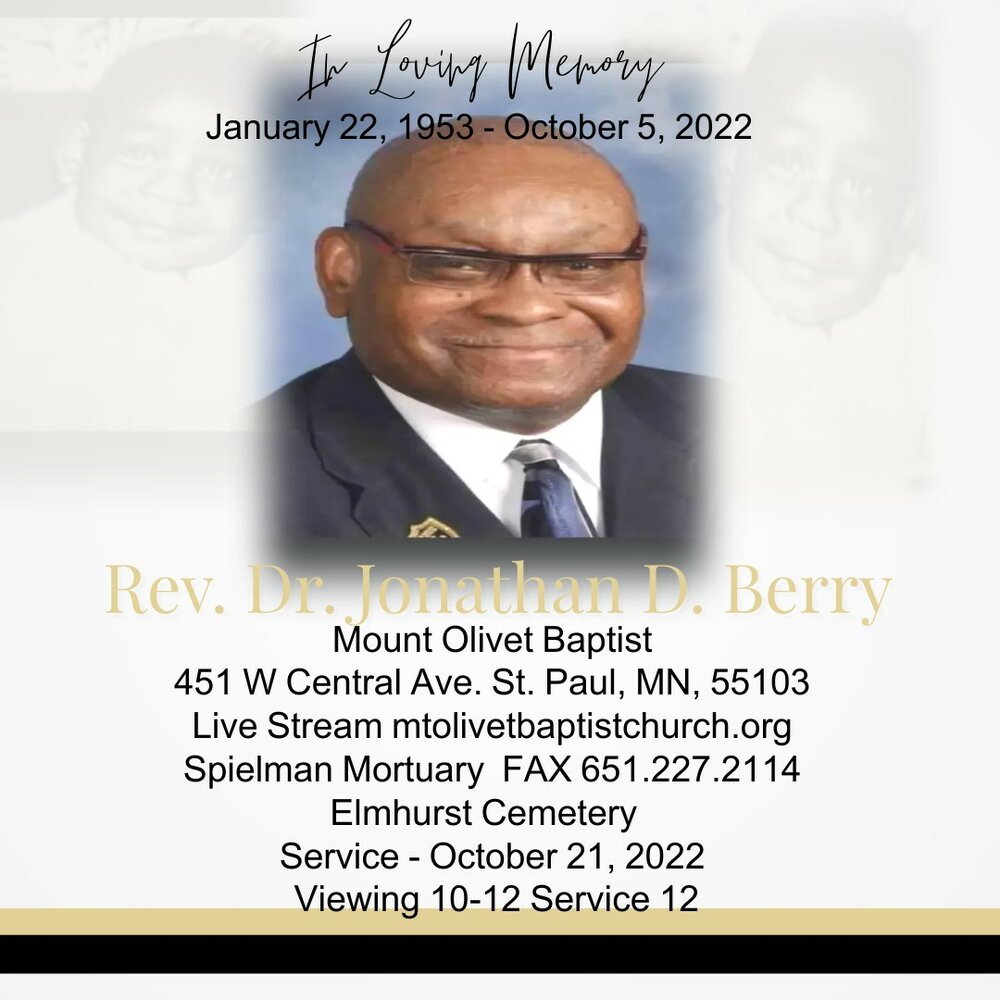 Rev. Dr. Jonathan Dwayne Berry was born January 22, 1953 in Marion County, Indiana. He was the eldest of three children born to George Jr. and Gwendolyn Berry.

God said, “The fight is over and has already been won”!

In 2009, Rev. Berry joined Mt. Olivet Baptist Church under the leadership of Pastor James Thomas where he served several ministries. He was appointed under Rev. D. Spence as a Co-Chair Associates Minister. He also loved being a part of the Prison Ministry where he would minister and guide young men.

To send flowers to the family or plant a tree in memory of Reverend Jonathan Berry, please visit Tribute Store
Friday
21
October