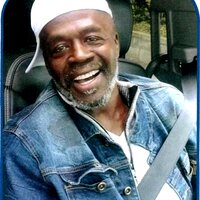 Quincy was born on August 23, 1949, in Mineral Springs, Arkansas the second son to Selma Lee Clark-Adams and David Adams Sr. Quincy passed from this life on Thursday, August 19, 2021, at 4:05 PM. After a courageous battle with cancer, it was Quincy's wish to pass on at home surrounded by his wife and family. There were times when Quincy's journey was filled with happiness and seasons of challenge. Through it all he persevered, coming out with a renewed sense of accomplishment and resilience. Quincy stood by what he believed and was sure to make his beliefs known. Quincy's parents relocated to St. Paul, Minnesota in the early 1950's. Shortly thereafter, he was enrolled at McKinley elementary, and later finished his elementary school years at Maxfield. At a young age Quincy's competitive spirit was apparent, because even on the playground he was serious about coming in first in whatever game he played. As a teen, and student at Marshall Jr. High, Quincy became a member of the St. Paul Elks - Peter's Meats Drum and Bugle core. He loved practicing in the "Hollow" with the bugle core as the team prepared to perform locally and throughout the Midwest. Quincy graduated from Central High School where he ran track and invited any and all competition. Quincy played softball for Disco 9000 and the Selby Cleaners teams. He loved hitting homeruns and running the bases. During his softball years, Quincy was also a member of the St. Paul/Minneapolis black motorcycle club. For many years, Quincy worked for the St. Paul Housing Authority where he learned multiple skills he'd apply later in life. Always looking for more knowledge, Quincy enrolled at the University of Minnesota where he was an active member of the Black Student Union. Years later, Quincy followed his entrepreneurial spirit becoming his own boss doing home repairs, sheet rock repair and painting. In retirement, Quincy enjoyed playing dominos which he referred to as "going to work". Quincy is preceded in death by his parents, Selma Lee and David (Crockett) Sr.; brother Kenny; aunt Nevada (Honey); sons Javis Sr. and TaRay; grandchildren Javis Jr. and Devyn. Quincy is survived by his wife, Carolyn (Smallfry); siblings David Jr. (Daybow), Currisser (Mae), Cleveland, Christopher, Charles (Chuckie), Craig (Hansom), Paul, Clifford and Joyce; children Quincy Jr., Torriano Ray, Ebony, Brittney, and a host of grandchildren, great-grandchildren, nieces, nephews, and special friends John Senar and Alex Smith. To plant Memorial Trees in memory of Quincy Ray Adams, Sr, please click here to visit our Sympathy Store.